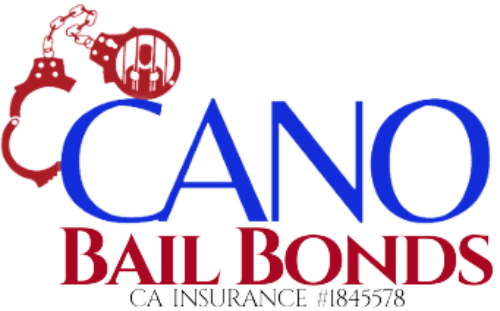 When will my case be brought to trial, and how long will it take?

How long must pass before a case can be taken to trial?

You or a loved one may be facing criminal charges, and if this is the case, you may be curious about the specifics of the procedure that will take place going ahead. Will there be a trial for this case? How much longer is it going to take? Do I need a criminal defense attorney?

The criminal justice system is notoriously slow and cumbersome. Whether you have been charged with a violent crime, a traffic offense, or a misdemeanor, taking your case to trial means that you will be dealing with this case for at least three months and possibly more. This is true regardless of the nature of the crime that you are being accused of having committed. Below, we will go through some approximate timetables and describe what you should anticipate.

When will my case be brought to trial, and how long will it take?

In the Criminal Court of California, the typical sentence for a misdemeanor is ninety days, while the sentence for a felony is one hundred eighty days. Every circumstance is unique, and the degree of difficulty associated with your criminal

charge might have an effect on the outcome of your case.

It will take a different amount of time to be charged with a careless driving misdemeanor compared to a sex offense or drug crime, but in general, you will be able to estimate how long it will be before you are initially accused and when the process could be finished.

The following is a broad outline of the timeline:

After being charged with a crime, whether it be a felony or a misdemeanor, you will have a brief hearing known as the “first appearance.” Within the first twenty-four hours, there will be a hearing in front of a court to discuss this matter. During this hearing, there will be talk about representation, probable cause, and any possible violations of probation.

In a criminal case, you have the right to be represented by an attorney. In the event that you are unable to pay for a private attorney, the court will appoint a public defender to represent you in court proceedings.

Usually, twenty days following the first court appearance, the defendant will be arraigned. You will have to make another appearance in court, but this time to resolve two separate issues.

The very first thing that has to happen is for the court to officially accept the charges that have been presented against you. The second possibility is that your guilty plea to the charges will be accepted by the court. You have the option of pleading guilty or not guilty.

The decision of whether or not to press criminal charges against you will be made by the prosecutor, who is the attorney for the state or county in which you are now located. If they decide to proceed with your case, they will either file a formal charge against you or continue with the citation that you were given. This will depend on which option they choose.

Conferences and Case Management Before the Trial

The pre-trial meeting, also known as case management, is the next thing that will happen in the procedure. This hearing takes place a few weeks after the arraignment that was previously mentioned.

The court will be updated on the current state of the case during the conference, which will serve as its objective. A date for the trial will also be set at this point by

the prosecution as well as the counsel for the defense.

At this stage, there is a possibility that the case may be postponed. When it comes time for the pretrial conference, the court will have complete access to all of the material that was uncovered during the discovery phase of the case. In the event that anything is missing, the schedule may need to be adjusted to provide for additional time.

After the pre-trial conference, the actual trial will take place, during which time the discovery process will be carried out, juries will be selected, and motions will be accepted if necessary. A large number of cases are resolved without going to trial. In the very unlikely event that your case is one of the tiny fractions that actually goes to trial, this phase is when the prosecution presents its evidence against you while your defense attorney strives to persuade the jury that your client is innocent.

The length of time a trial lasts is typically a few days, and the time it takes for the jury to deliberate and reach a decision may range anywhere from a few hours to a few days. In a subsequent proceeding, the judge will hand down a penalty to you if you are proven guilty.

What fraction of cases really end up being tried in court?

It may be hard to believe, but only around five percent of cases involving criminal offenses, including felonies and misdemeanors, really end up in court. At the state level, certain polls performed by media such as the New York Times have indicated higher percentages, although the United States Courts estimates that plea deals are reached in around 90 percent of cases heard in federal court.

What aspects of a case are considered while making such a decision?

You have the option of entering a guilty plea or going to trial when facing criminal charges. It is up to the prosecutor to determine whether or not to file charges against you. Your lawyer will tell you what the best thing to do is, whether you should try to negotiate a plea deal or go to trial. What course of action you choose to take is ultimately determined by you, the customer, and your preferences.

Why does it take so much time to begin the trials?

Prior to a trial, a significant amount of work must be completed. The discovery phase alone takes a long time, and legal delays caused by lawyers on both sides

have the potential to make the process even longer.

The length of time necessary to prepare for a case is directly proportional to its complexity. In addition, the timing of everything around the witnesses, the attorney dockets, and the court schedules is a juggling act that makes the procedure much slower than it would otherwise be.

Whether you are charged with a felony or a misdemeanor, you have the legal right to be represented by an attorney.

A skilled criminal defense attorney may be able to do a few things for you, such as reduce the charges that have been brought against you or negotiate a more favorable plea bargain for you. Hiring an attorney with a lot of expertise may help you receive the best possible outcome for your case.

In California, get in touch with Albert Cano, bail agent. If you or someone you know has been arrested, is being held on a high bail amount, and requires the services of an experienced bail bondsman, you should contact a bail bondsman as soon as possible. You can call or visit a Cano location to receive a no-obligation, free consultation where we will search for inmates anywhere in the United States, search warrants, and Vinelink searches. We provide. Call (800) 331-3336 to make an appointment, or stop by his office.

Cano Bail Bonds is able to assist clients throughout the entire state of California. Call 1-800-331-3336

Cano Bail Bonds is able to assist clients throughout the entire state of California. Call 1-800-331-3336